AND A SWORD SHALL PIERCE YOUR SOUL

Carolyn Lloyd Davies has written a new play which was produced by St Matthew’s Church Community and had three performances at this Easter.

‘And a Sword Shall Pierce Your Soul’, tells the Easter story through the eyes of Jesus’ mother Mary, bringing together a company of 45 volunteers, aged 25-80 plus, including actors, musicians, singers, visual artists and crew – all from the local community.

Diversity was an essential part of the creative vision as they wanted to ensure the cast included a diverse range of people which truly reflects the demographic of Oxford, in terms of race, faith, culture and special needs.

The Oxford Diocese and Passion Trust funding made this project possible. 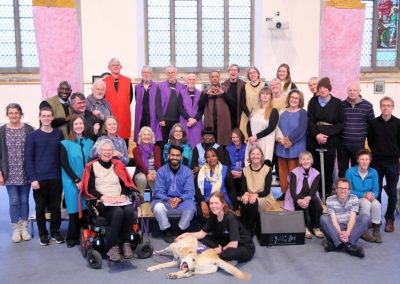 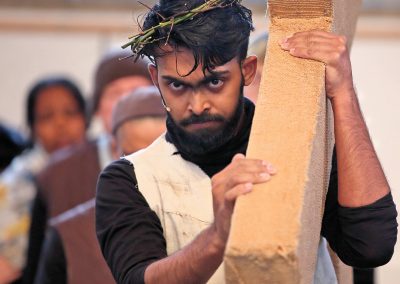 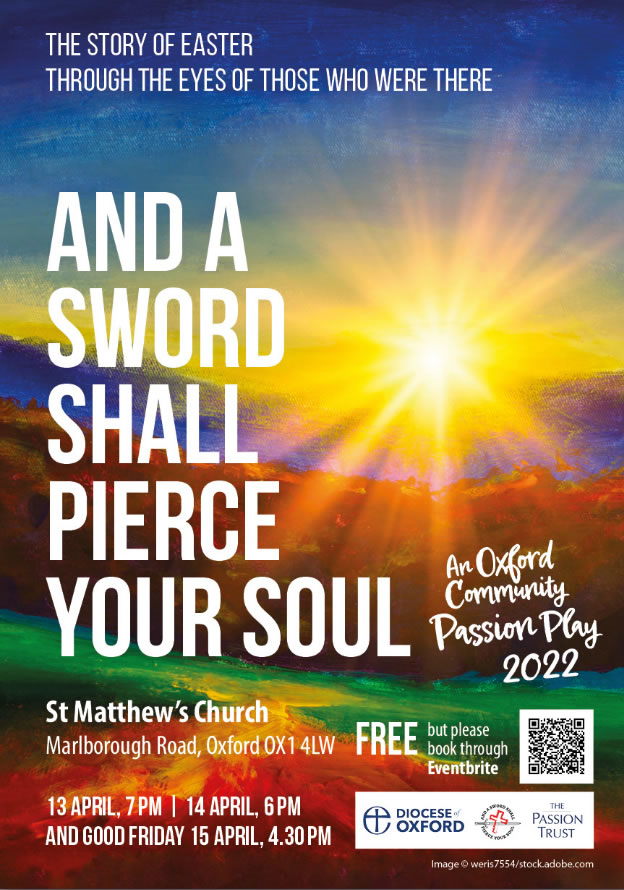 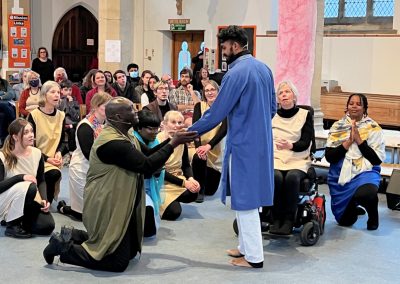 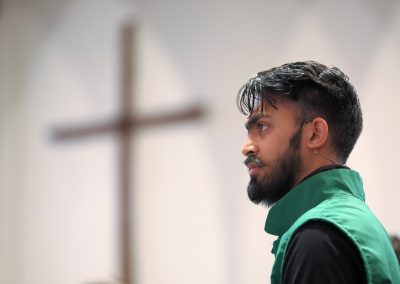 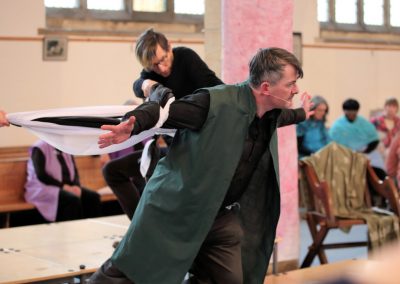 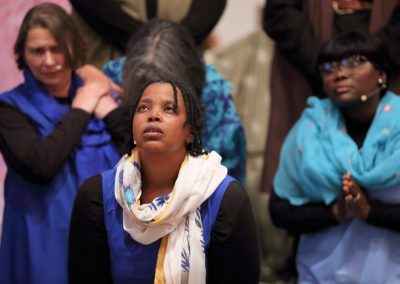 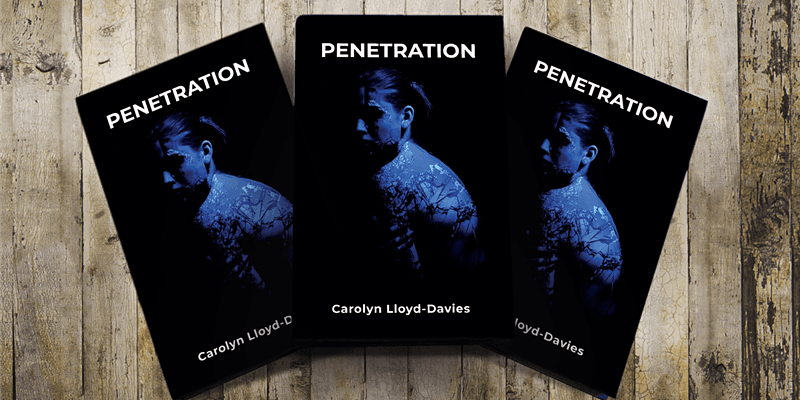 An evening with Carolyn Lloyd Davies in an on-line round table discussion to debate the issues raised in her 4-star critically acclaimed play Penetration, seen at the Cockpit Theatre in London last autumn.

Chaired by David Trevaskis, the play’s director, other panellists include:

Every teenager and student in the country should see this play. This is a script to raise whirlwinds.

An important piece for our times.

Should be seen by everyone over the age of consent.

Plenty of food for thought.

Congratulations to everyone involved. Stunning performances and brilliant writing. 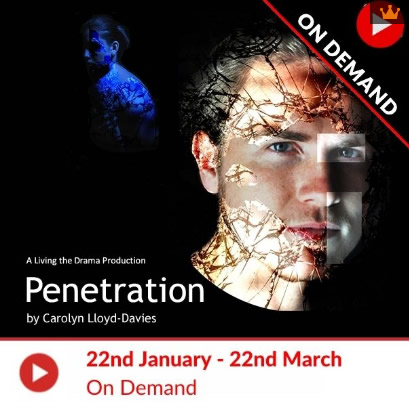 We were able to stream the film version of the play during January and March this year on demand with Stream.Theatre, to give all those who didn’t have the chance to see our play.

We plan to show the film to schools as part of their sex education.  More news at it comes. 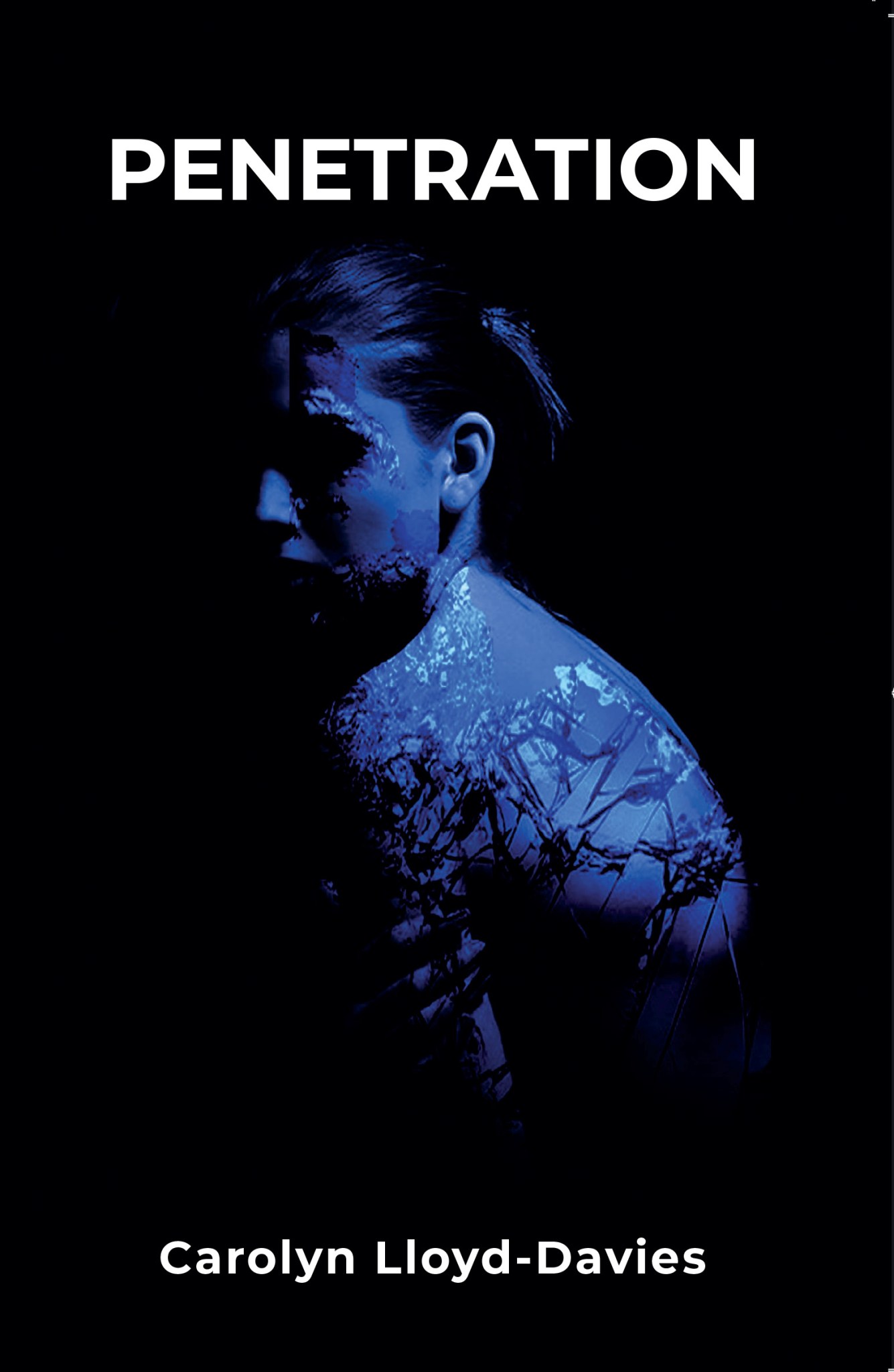 We’re so excited to let you know that our playtext for Penetration is now out on Amazon, in paperback and Kindle editions!  Published by Aurora Metro

Do feel free to leave a review after you’ve bought a copy!

We are thrilled to have had so many wonderful 4 star reviews, especially from:

One 3 star review from: 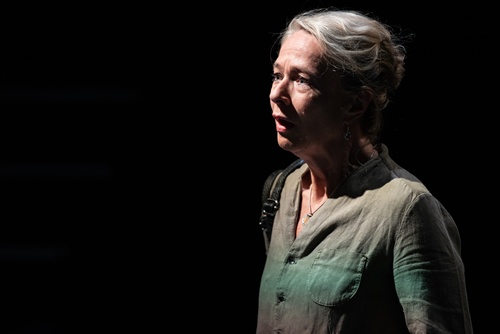 After months of not knowing if our production of Penetration by Carolyn Lloyd-Davies would be able to be performed at The Cockpit, due to Covid and the numerous lockdowns, we opened on 22 September!  It was just joyous to be back on stage, and for the cast and crew to be working again.

We have had some wonderful 4 star reviews which have thrilled us. 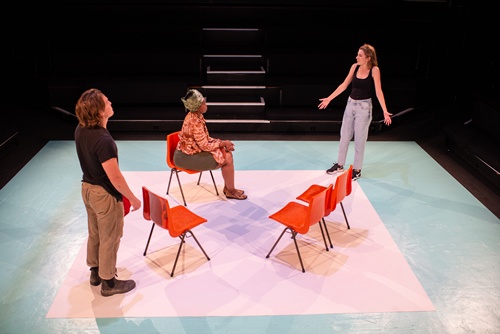 Over the past few months we haven’t been able to meet but our playwrights have still been creating wonderful monologues and plays, undeterred by Lockdown! 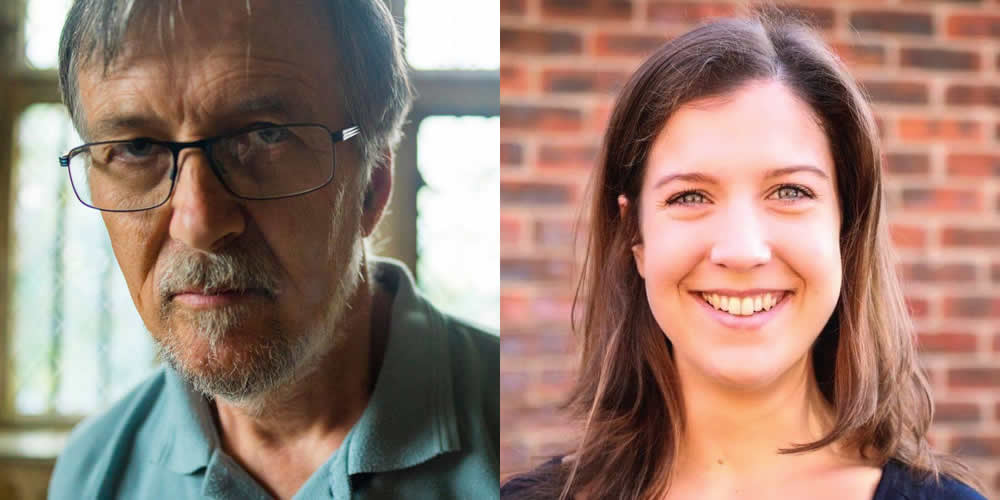 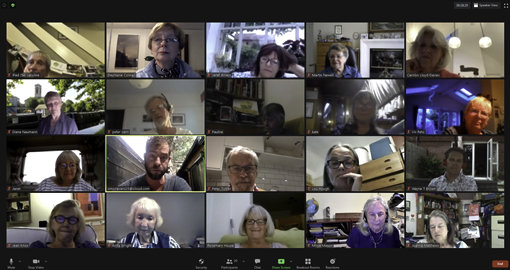 A huge thank you to Simon Evans who Zoomed in with us for a Q&A.  Simon is a well-known actor, writer and director.  During the COVID-19 pandemic, he wrote, directed and co-starred in the extremely funny BBC television series Staged, playing an exaggeratedly inept version of himself, alongside equally exaggerated versions of the show’s stars, Michael Sheen and David Tennant.  The series was notable as it was made using video conferencing technology following lockdown.

He was generous enough to join us, and told us exactly how the drama was created whilst he was in lockdown with his own family.  He was so warm, approachable and knowledgeable about the production, giving us an hour of his time, while he was writing in LA.  We had all thought the completely natural script had to be partly improvised, especially the Judi Dench appearance, but he assured us it was all scripted, except for one tiny shot, when Michael Sheen went a little ‘off piste’.  A lesson to all us aspiring playwrights!

His recent email is a great example of his generosity:

“I had a such a lovely time talking with the group.  I’m so pleased people got something from it.  It’s always so strange, trying to offer any insight on something which was made in such peculiar circumstances.  So if any of it made sense, I’m delighted.  Do reach out again if I can help with anything, and pass on my very best to your wonderful group.  It was a delight.“ 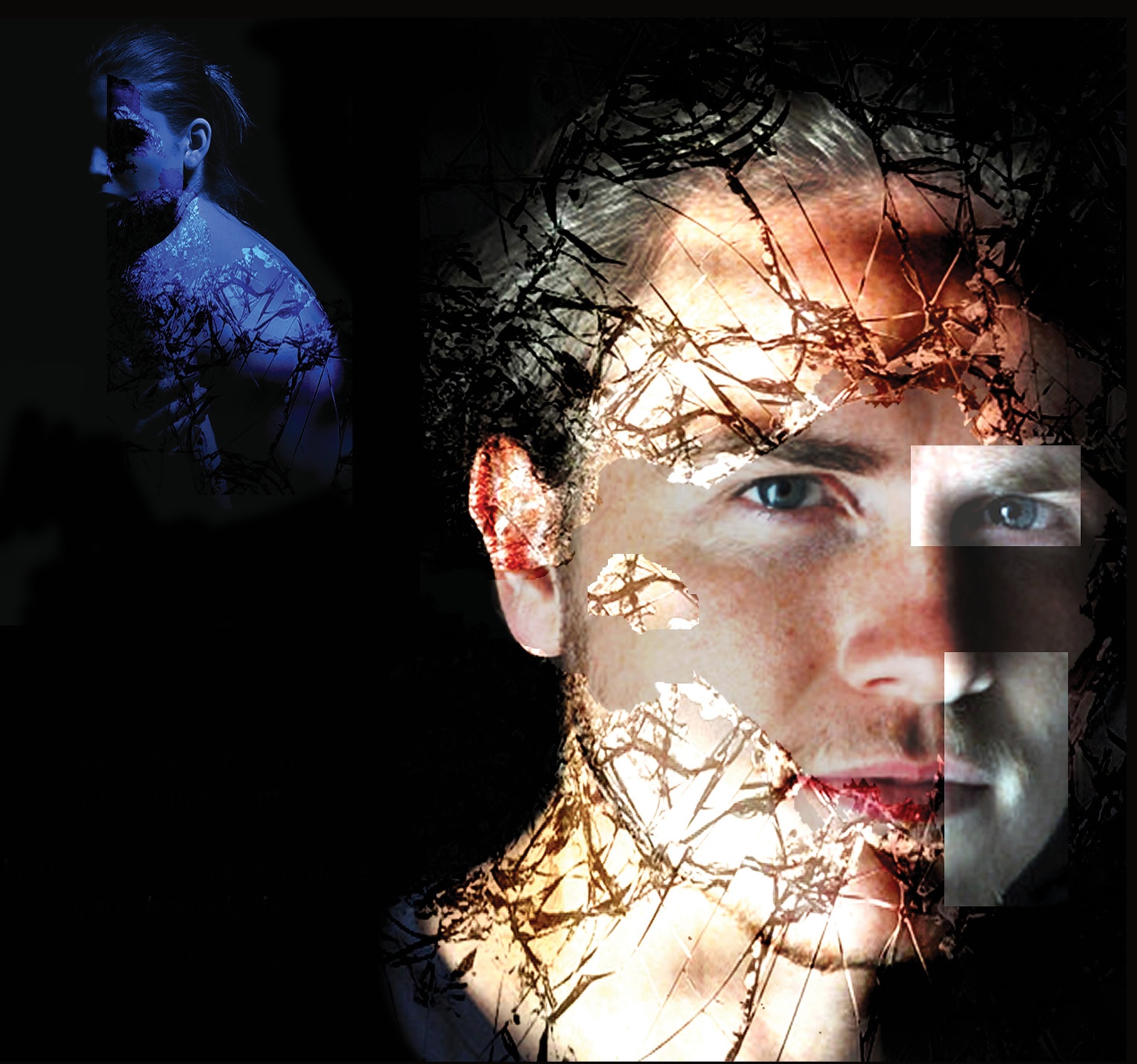 In March, The Cockpit in London, along with all other theatre venues, sadly had to postpone the production of our new play, in line with Government directives.  However, we are now delighted to announce dates for 2021 and our opening night is now planned for Wednesday,  22 September with a three week run until Saturday, 9 October, 2021.

Penetration by Carolyn Lloyd-Davies, is a socially provocative piece of theatre, of particular significance in the light of recent shocking reports.  Directed ‘in the round’ by David Trevaskis, at The Cockpit theatre in Marylebone, London, the audience experience the power of ‘close up’ theatre and ultimately come to their own conclusion on what exactly constitutes consent.  This controversial play explores sexual boundaries, the pervasive damage of social media and exposes the hidden snares of a ‘hook up’ culture.

For all Press enquiries regarding Penetration, please contact Chloe Abley or call 020 3627 2960. 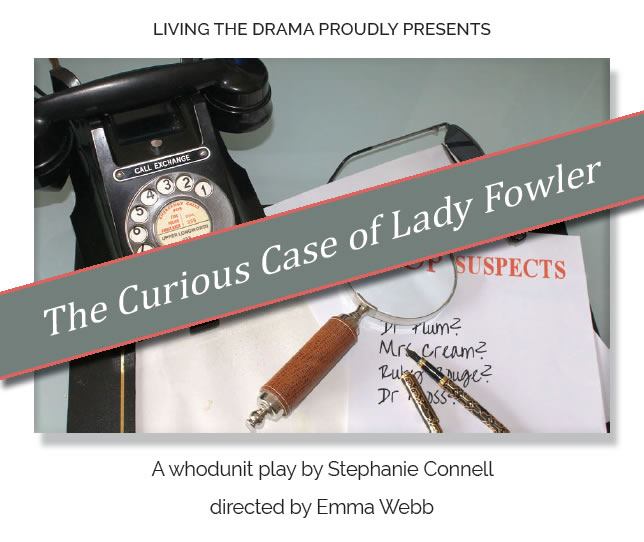 We are delighted that The Curious Case of Lady Fowler, by Stephanie Connell, has been chosen for our September Care Home Tour, and that we have also secured the wonderful Emma Webb to direct for us.

Emma is a director and facilitator with a background in movement working in the UK and abroad.  She has worked as a movement director for Leaning House productions, Human Story Theatre, UnderConstruction Theatre, the Oxford Playhouse and the Old Fire Station/ Crisis, and creates her own work ranging from choreographic to one woman shows, street performance and theatre based.  Most recently Emma developed The Elves and The Shoemaker for Wild Boor productions for younger audiences as well as devising a separate, sensory show for an audience with differing needs.